PHILISTINES AND AEGEAN MIGRATION AT THE END OF THE LATE BRONZE AGE, THE

In this study, Assaf Yasur-Landau examines the early history of the biblical Philistines who were among the 'Sea Peoples' who migrated from the Aegean area to the Levant during the early twelfth century BC. Creating an archaeological narrative of the migration of the Philistines, he combines an innovative theoretical framework on the archaeology of migration with new data from excavations in Greece, Turkey, Cyprus, Syria, Lebanon, and Israel and thereby reconstructs the social history of the Aegean migration to the southern Levant. The author follows the story of the migrants from the conditions that caused the Philistines to leave their Aegean homes, to their movement eastward along the sea and land routes, to their formation of a migrant society in Philistia and their interaction with local populations in the Levant. Based on the most up-to-date evidence, this book offers a new and fresh understanding of the arrival of the Philistines in the Levant.

HANDBOOK OF THE INTERNATIONAL PHONETIC ASSOCIATION 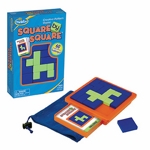